It’s exciting news that this mansion called Northway House is for sale.  New readers may not know I have a post about The Money Pit movie house, the film, and this real Money Pit movie house.  It’s a fun post with historical details about the house if you have time to check it out.

The house is in Lattingtown, NY in the Long Island Sound area.  It’s a Federal style home I thought was built in 1906, but the listing dates it further back to 1898.

In the movie Walter and Anne were scammed by a real estate agent to buy it as a million dollar distress sale.  No distress here, the real Money Pit movie house has been extensively renovated!  Shawn Elliot Luxury Homes has the listing.  Some of the impressive details include an imported 500-year-old French fireplace!

It’s on 5.5 acres and the gated entrance leads down a quarter-mile-long rhododendron-lined drive.  The Money Pit comedy came out in 1986 by Steven Spielberg starring Tom Hanks and Shelly Long.

The railing spindles are hand-carved.

Here is how the stairs looked in the movie after the Shirk Brothers finally got done renovating.

Here’s a screenshot from one of the staircase scenes in the movie.

I count seating for eight, but the room can host 28.

We don’t get a nice close up view, but this is the imported French fireplace in the media room.  Walls are done in a black suede tufted fabric.

A refrigerated wine wall that holds around 80 bottles with lion head ornament in the middle of the glass doors.

The large ceiling medallion and chandelier are just one of the show stoppers.

The pool house has its own kitchen, bath, laundry and changing room. 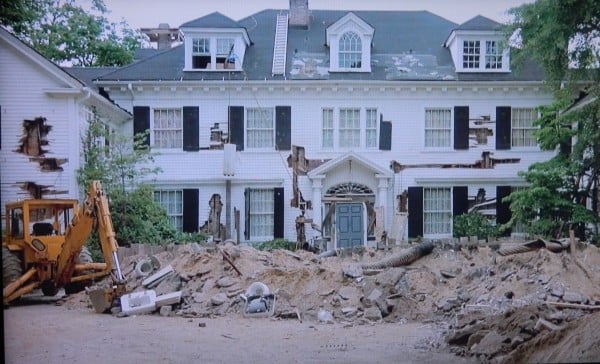 The real Money Pit movie house has been beautifully renovated, but probably not torn up by a motley crew like the Shirk Brothers did in the 1986 film.

Some scenes for the movie were actually filmed at the real house and there was also a movie set location.

Want it?  If you have $12,500,000, see the Shawn Elliot listing for details of this spectacular eight bedroom iconic mansion that will forever live in our hearts as The Money Pit Movie house.

Another famous house that starred in the movies to see is the Home Alone house. 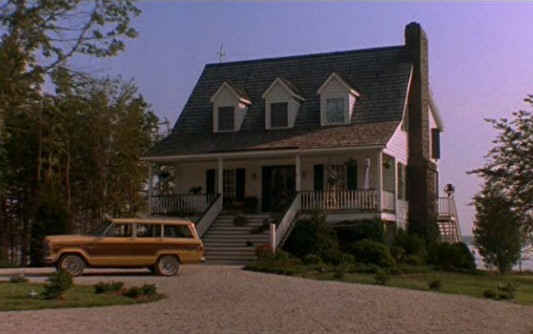 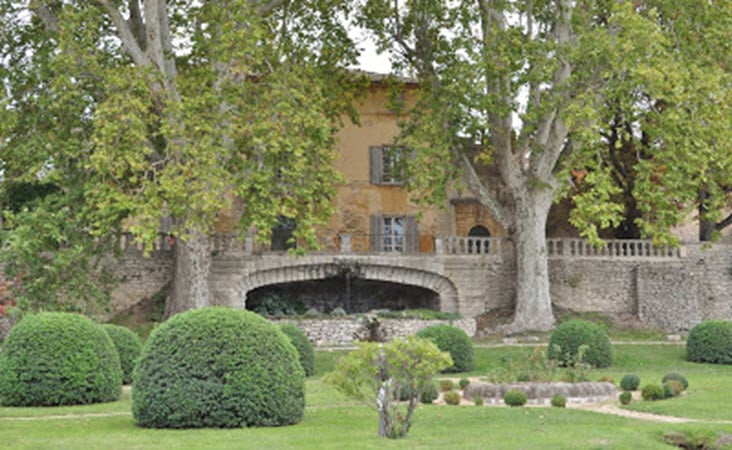 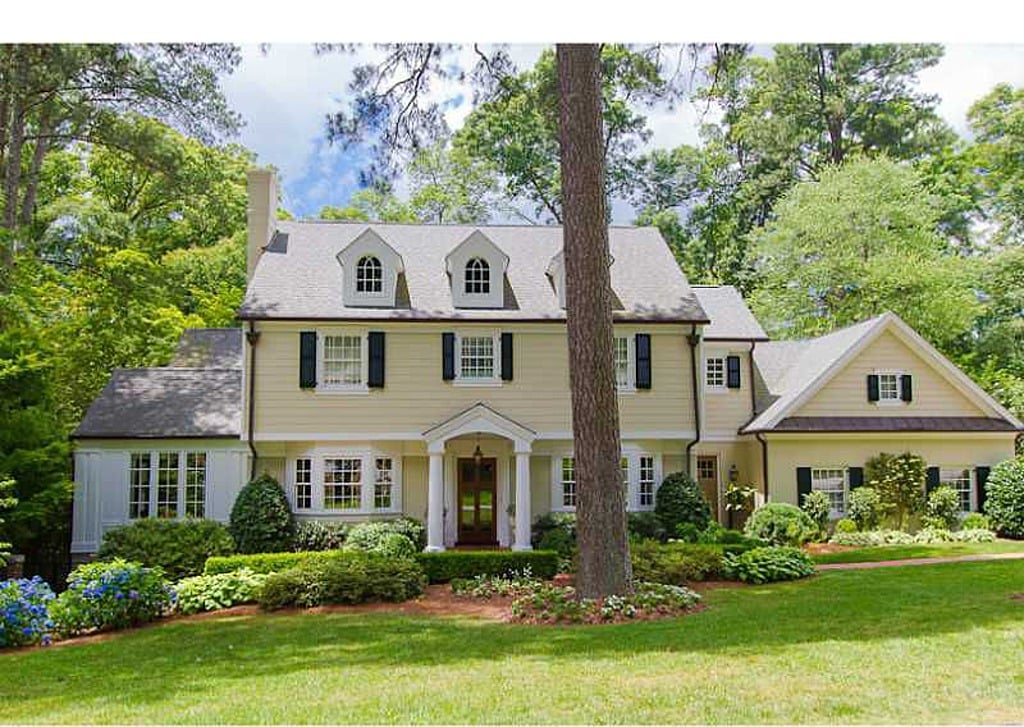