I didn’t get as many photos as I would have liked with the family being on an extended road trip home.  My last two posts were about some of the historic houses in the neighboring town of Racine, so it was easy to breeze into Kenosha and get a look at their historic home district.

The Alford House is a Tudor Revival mansion designed by Richard Phillip who built works from 1916 through the mid 1920s and has historical houses and structures listed in the U.S. National Register of Historic Places.

Walter Alford was the vice-president of the Nash Motor Company whose best known car was the Rambler mass produced in Kenosha starting in 1902. 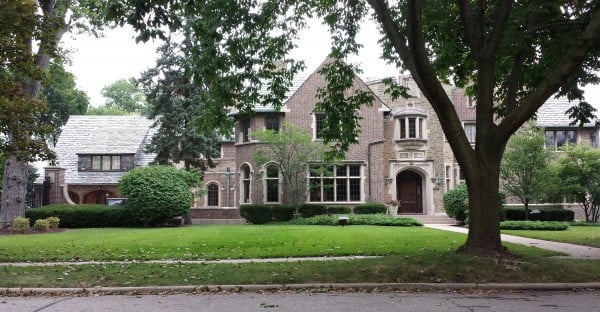 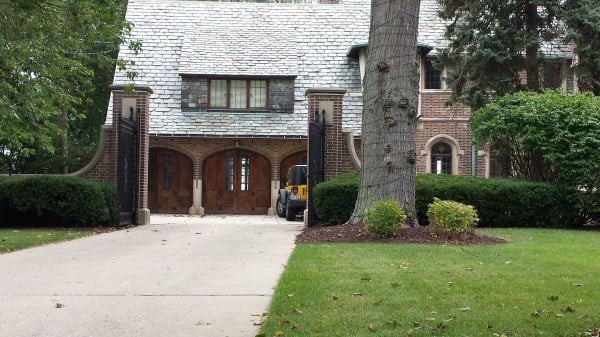 Decorated with stone molding and surround and trimmed in stone. 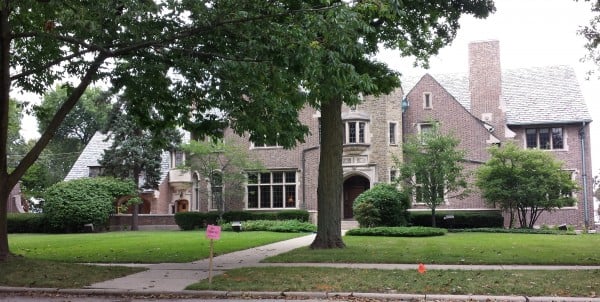 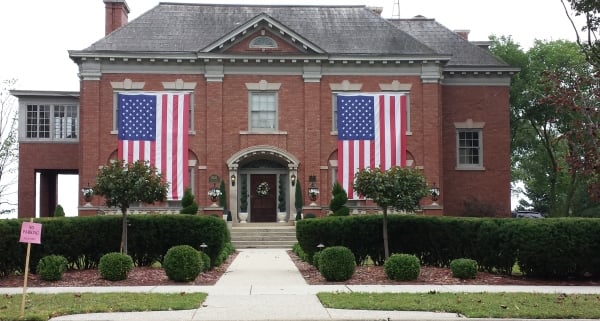 Harold W. Jeffery House is a Georgian Revival built in 1909.  A red brick classic two story rectangular house plan.  On the north side is an entrance for vehicles to pass through with a sunroom above.  Unfortunately the house was still decorated for Labor Day and the windows are covered.

The house was built for Harold W. Jeffery, vice-president of the Jeffery Company that was an automobile and truck manufacturer later purchased by Charles Nash, who was the original (first mansion shown above) owner. 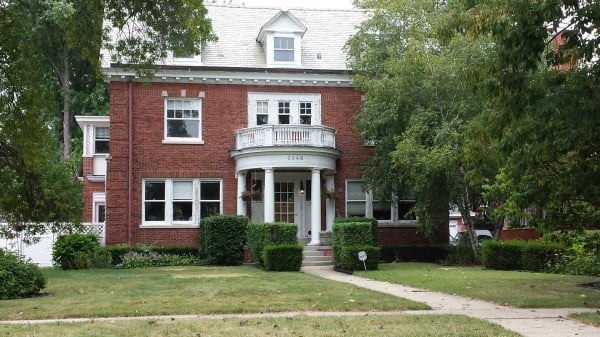 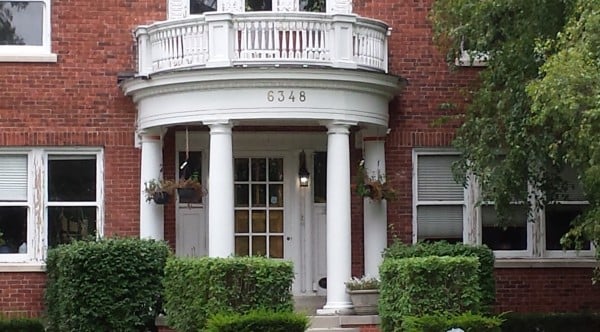 Portico (Italian for porch ) covers the entrance flanked by sidelights.  The semi-circular porch is supported by four Tuscan columns.  Above the porch is a classic balustrade (ornamental railing).

Per Third Avenue Historic District, many of the historical mansions and houses are meticulously maintained by single families, but the high cost of upkeep has led to some of them being used in alternative ways. 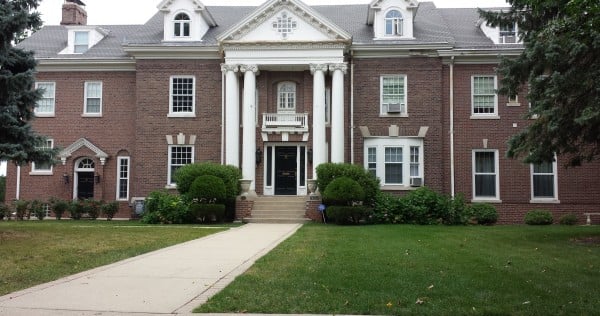 Charles Chester Allen House built in 1903 by Pond and Pond architects who were brothers and designed many important building like universities in and around Chicago and Michigan.

This big boy is a red brick Georgian Revival.  It does resemble a building like the architects are famous for building.  Highlighted by a grand entry supported by a pair of spiral scroll columns like the Supreme Court Building has.  A simple balcony sits above the entrance door. 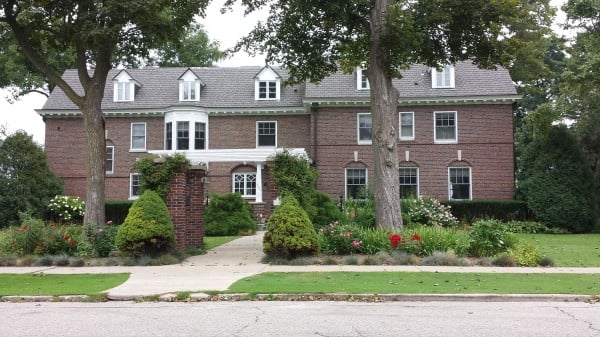 Charles Jeffery House is an Eclectic Period Revival built in 1904.  I have to agree it “expresses no particular architectural style, but has some classic details.” – Third Avenue Historic District. 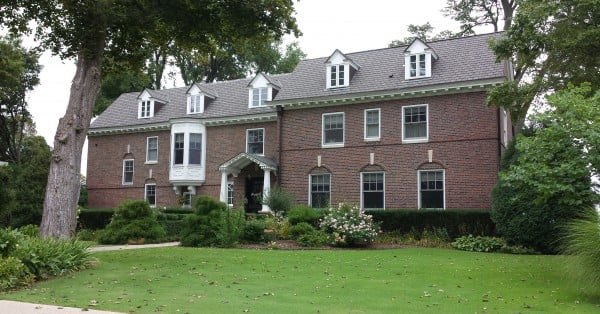 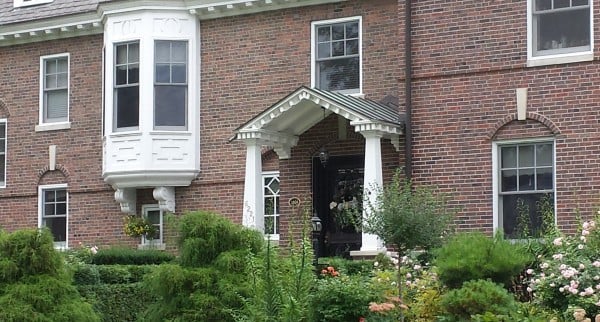 The only thing I like is the large second story bay.  I need to tell you that seeing them in person is more impressive.  The lots are wide and some quite deep with the largest historical mansions and houses set on the Lake Michigan side of the street.  Again, Pond and Pond are the architects.

Charles T. Jeffery is the son of Thomas B. Jeffery of the Jeffery Co that manufactured cars and trucks.  Charles Nash bought the company along with this house too.

I have a photo of another house that really is not worth posting because the trees cover it.  I barely scratched the surface on these historical mansions and homes on Third Avenue so a return trip next year including inside the mansions is on my to-do list.

While swinging the hammer or drawing up house plans, workers of the time may have said these early 1900s and 1920s slang words:

Egg: A person who lives the big life.

Struggle Buggy: A car good for making out in!

Butt Me: I’ll take a cigarette.

Call on the carpet: To scold or chastise.

Hep: That cat is hep. (as in musical culture)

Glad Rags: going out on the town clothes.

So then, some of these historical mansions and houses are the bee’s knees paid for by egg company bosses who built Hayburners for a living.

This was no duck soup post to do because I had to be a bit of a hawkshaw.  I hope you’re not a wet blanket.  If you pan me I can take it, but I’ll scream ouch!  I’m no goop, and I’ll take a cash anytime.

That’s it, let’s get our glad rags on and have some giggle water! 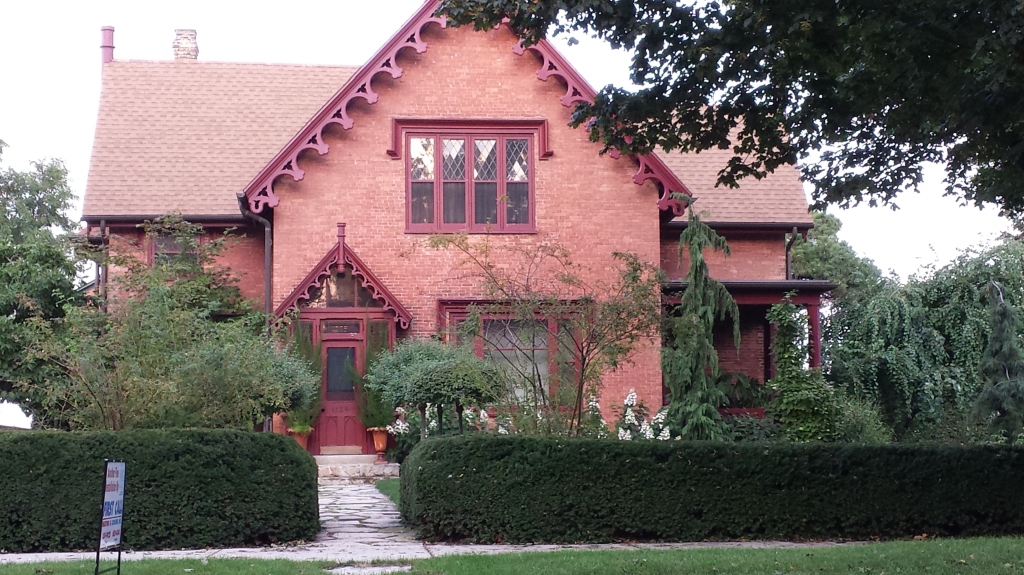 Take a look at these homes in Kenosha on Parade of Lakefront Homes in Wisconsin and see the beautiful homes in Racine Wisconsin. 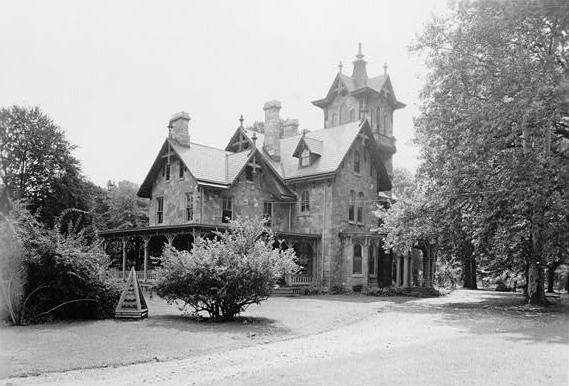 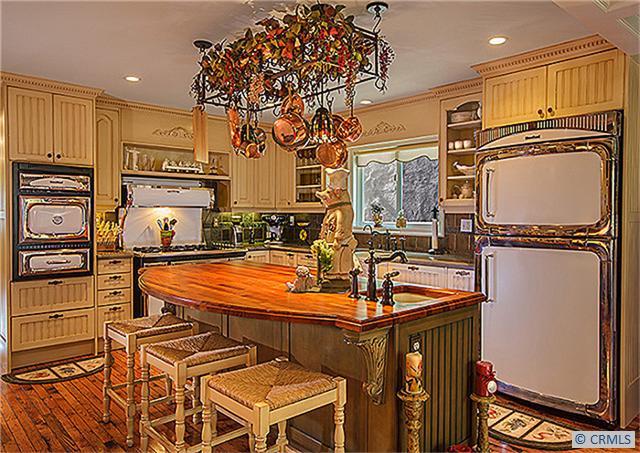 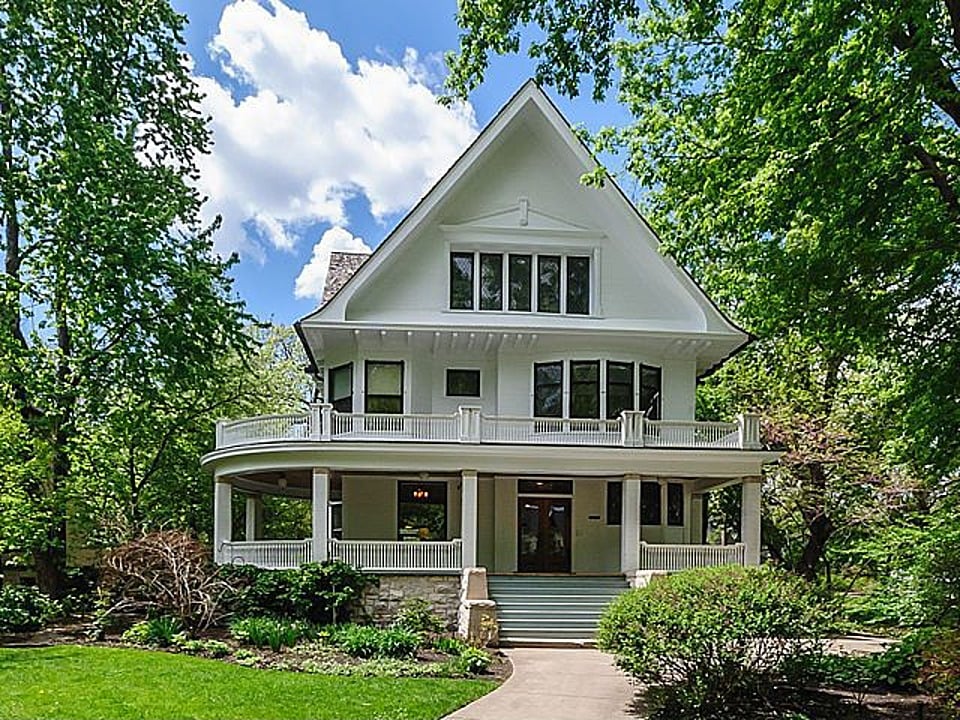 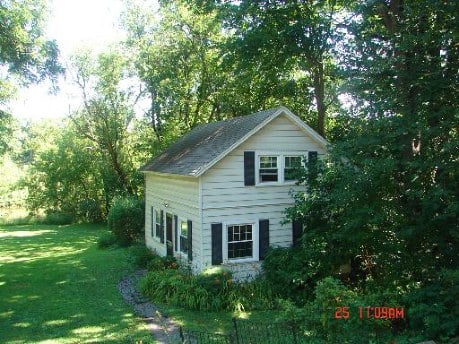 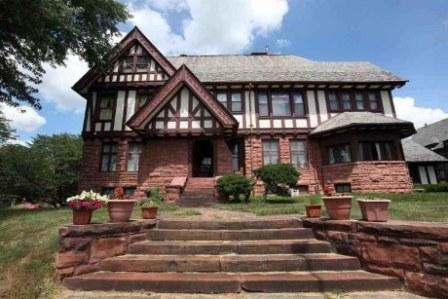 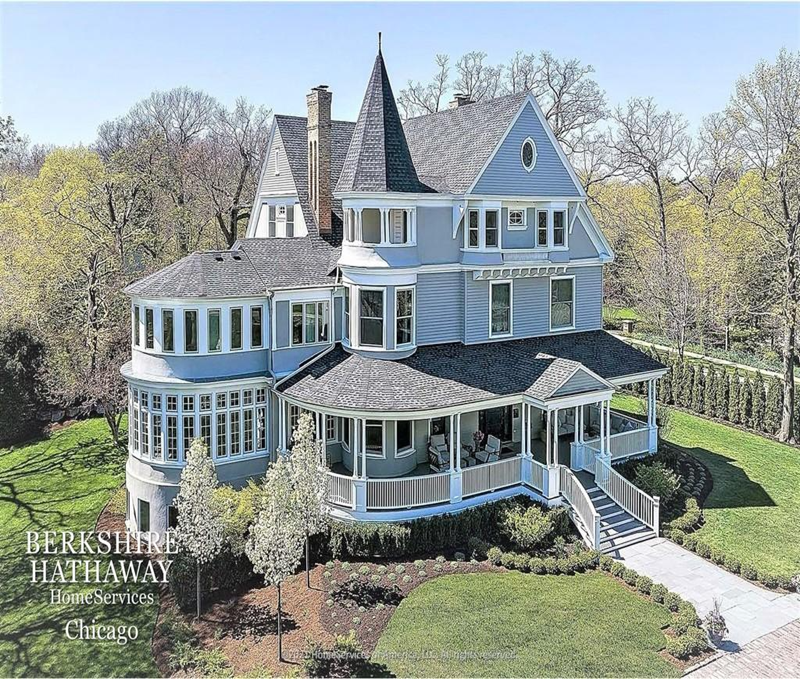