Here are some of the Hosta and ground cover shade plants in my yard that are doing well. We’ve had a lot of rain lately making everything lush and green. Hosta are a popular shade plant and we planted a variety of them in the far corner of the front yard under three tall pine trees. They make a nice roadside garden design display that is easy for us to keep up.

There are so many varieties of Hosta. I’ve attempted to name the few species we have along with the other perennial ground cover plants if you are interested.

The long leggy greenery in the front are Day Lilies getting ready to bloom.

This large showy Hosta that is green in the center with lighter green trim is Unforgettable Hosta. They have a stalky lavender flower in late summer. Really some of these varieties look so much like the other I hesitate to name them. It is safe to say they are very similar so you can’t go wrong if you want this kind of Hosta.

The Hosta on the left looks like the classic Antioch Hosta. On the right with the white stripe in the center best resembles Cascades Hosta.

The yellow leaf wintercreeper is Gold Euonymus fortunis. It can get stalky and will grow to a large size like a shrub if not pruned. It is also a nice climber on the wall or creeper along the ground.

I pruned it down today and love the shock of yellow with the all the shady garden plants.

Along the front edge is Periwinkle (Vinca Minor) that will fill in thick like it is in the below photo.

I love Periwinkle (Vinca Minor) ground cover. It gets a Periwinkle blue flower that blooms and reminds me of my Mom who was often weeding or planting it when I came home from school. Tim and I got some of this Periwinkle from my Mom and Dad’s house years ago so it holds a special place in my heart.

On the side of the yard we have mature Pachysandra established that is an easy to maintain garden design. We sprinkle Preen Weed and Feed every spring to keep weeds from invading. Our large sweep of Pachysandra is a dream to have as a ground cover under a tree instead of grass.

Some of this Pachysandra we bought from a Nursery and some we traveled to my Grandmother’s home and dug it up. I like knowing I have a little piece of my grandmother that is evergreen. When we move I want to dig up sections of the Periwinkle and Pachysandra and take them with me to carry on the tradition.

SIT ANYA, SIT! I was trying to get her to sit in the middle of the Hosta, but she had other ideas. Imagine that! Anya is our 12-pound Cavachon. She is half Bichon and half Cavalier King Charles. The Cava

The Cavalier in her takes her nose to the ground. The Bichon in her is all fun and antics. Together they make for one of the most delightful family pets.

Thank you very much fo visiting me each week.

check out the Garden Walk with Fairies and Gnomes 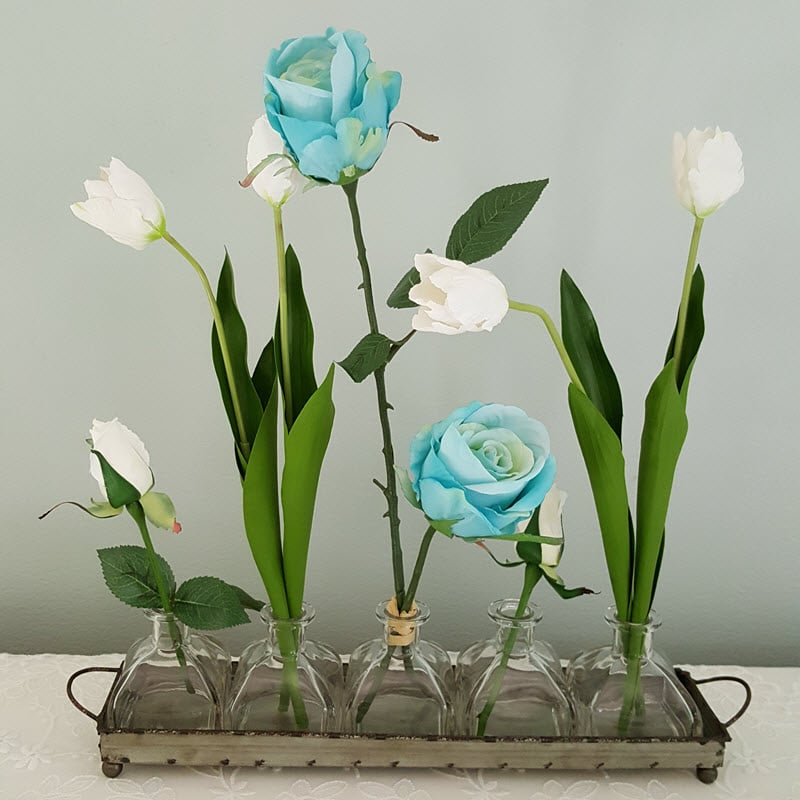 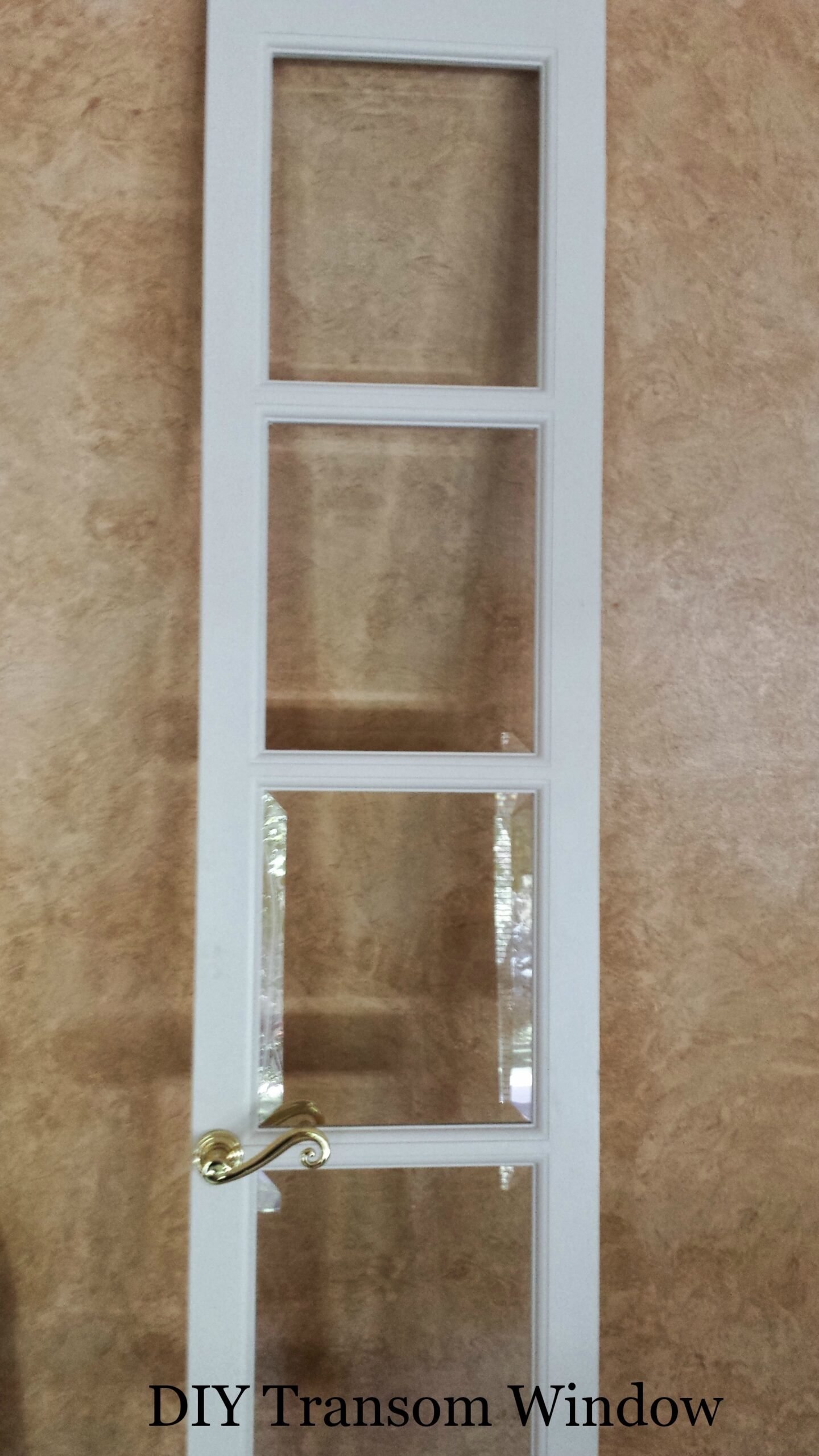 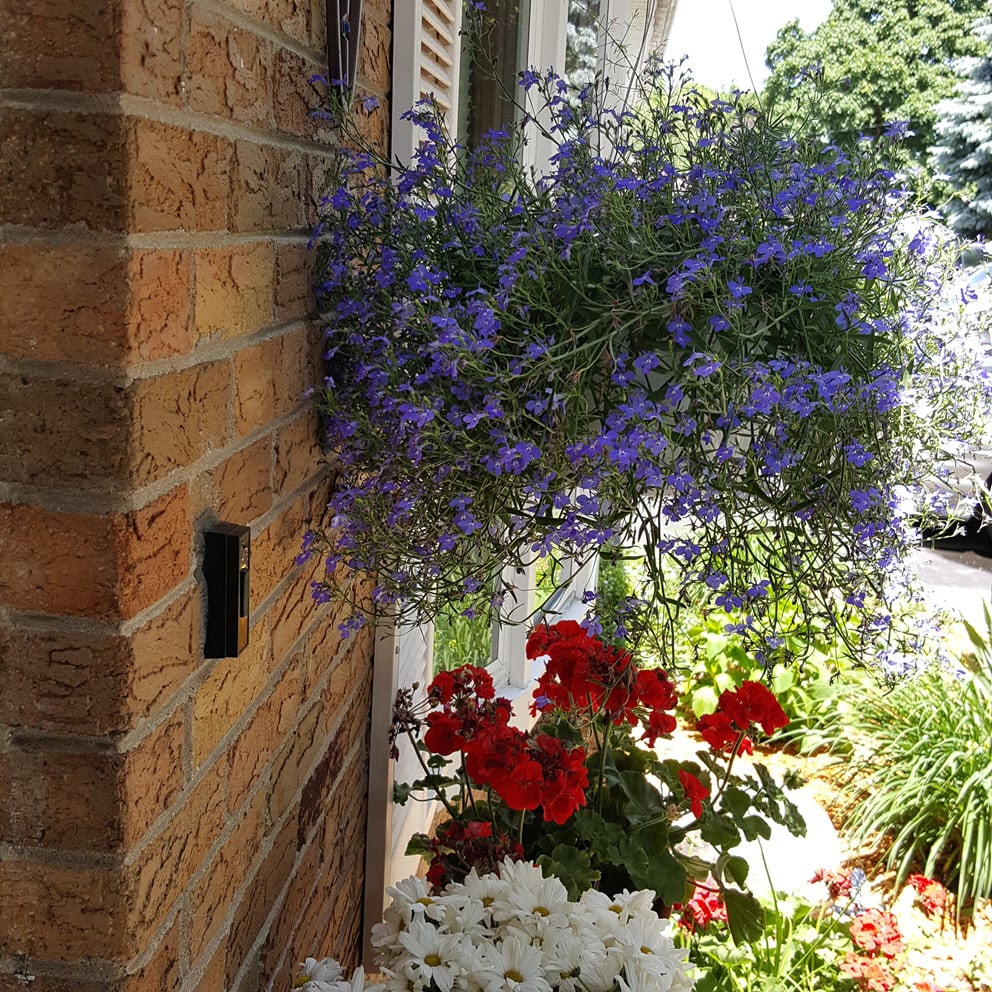 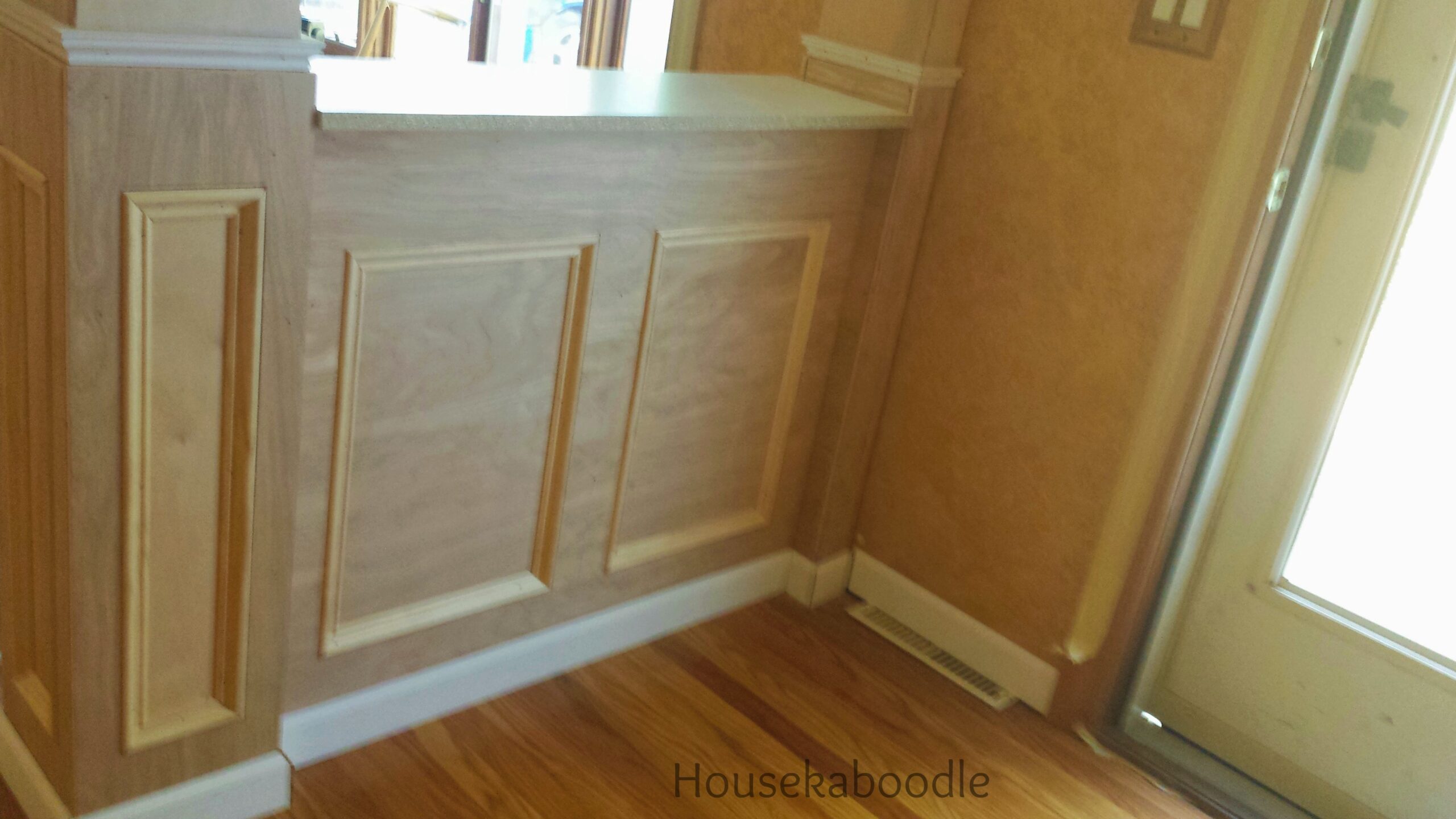 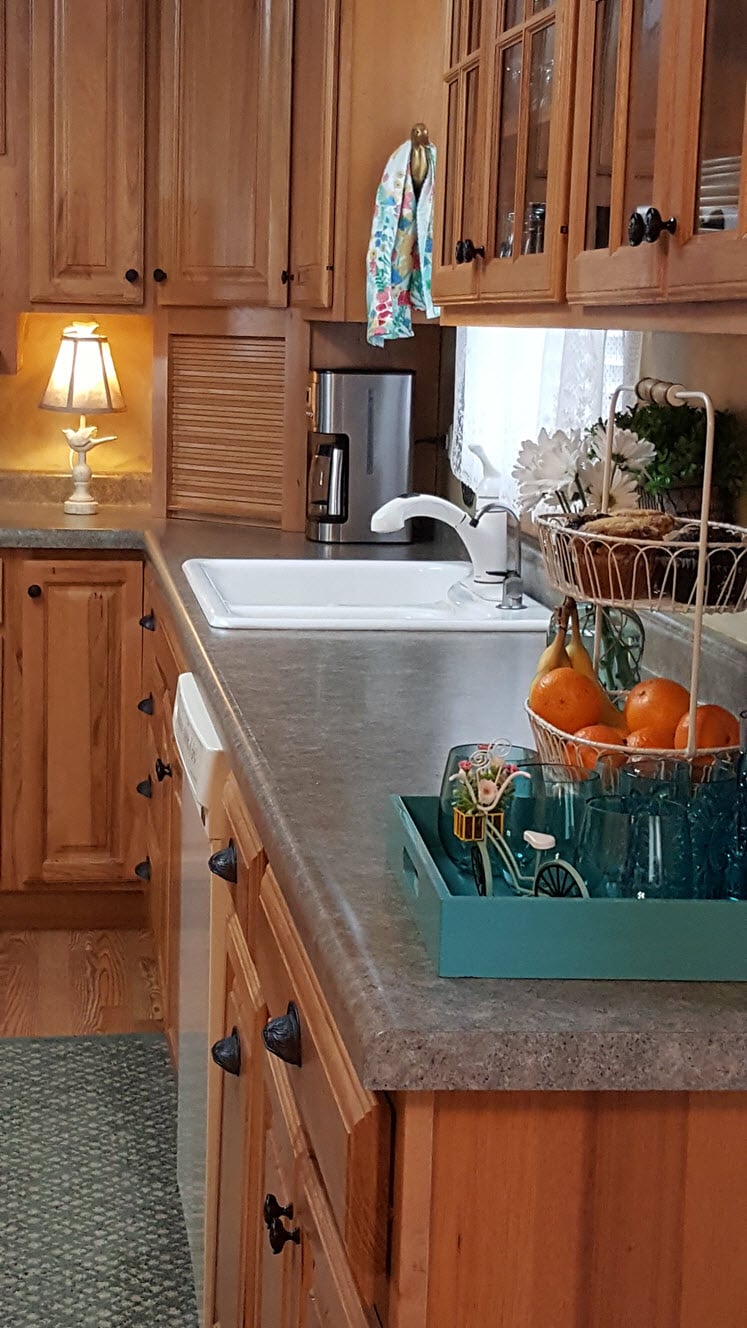 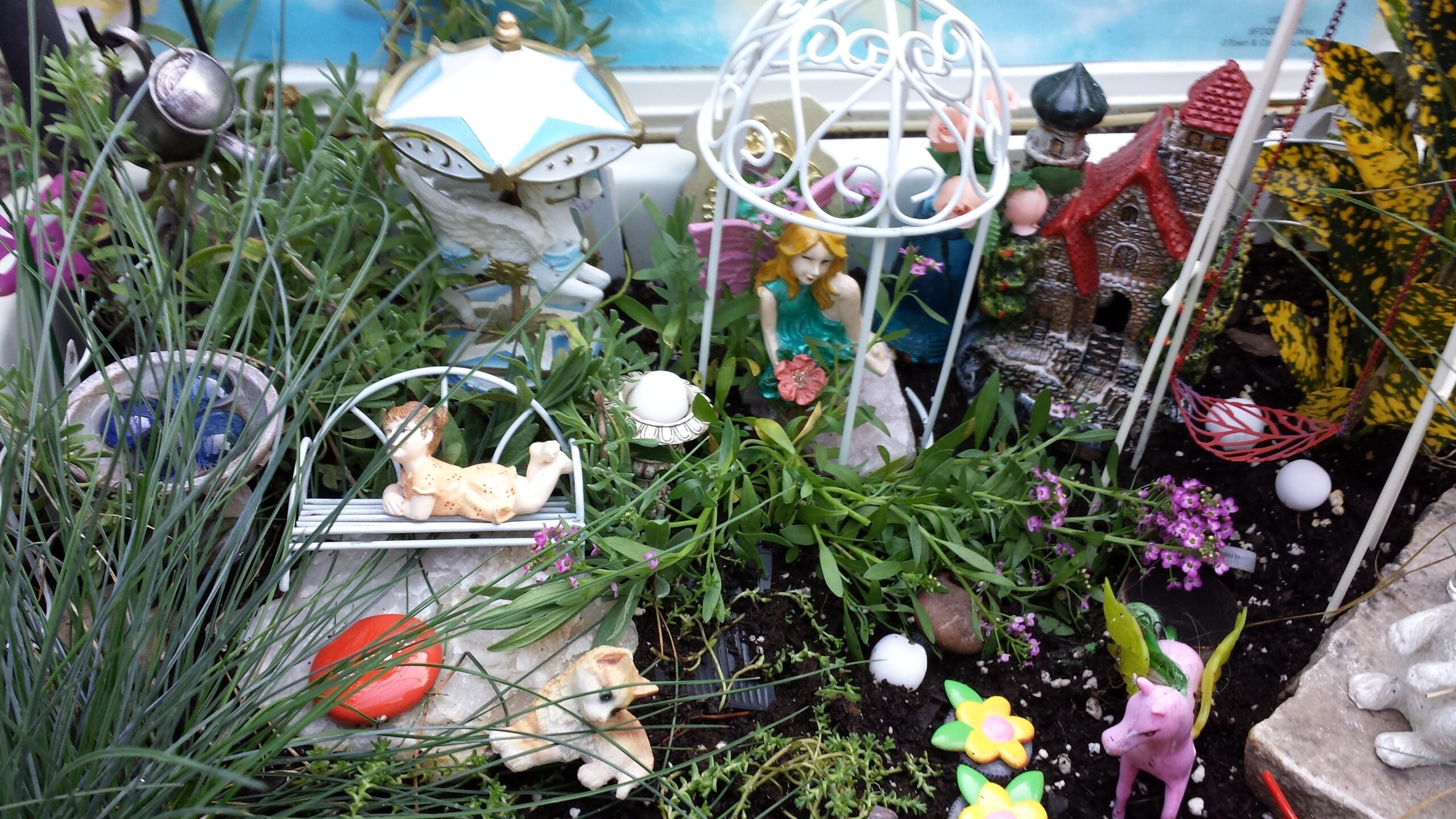