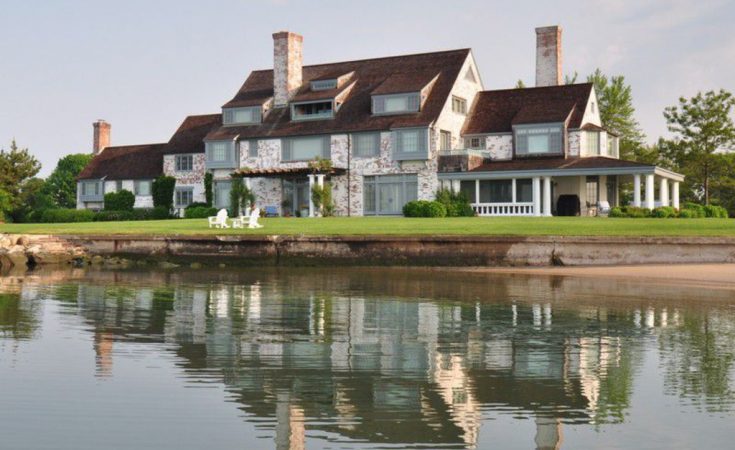 More than a few readers requested I share the Katherine Hepburn estate in Connecticut for sale.  The famous mansion has been extensively renovated preserving the historical attributes and adding in modern amenities.

The listing states it sits on 1.47 acres with over 680 feet of waterfront on the Long Island Sound.  The house err celebrity mansion has 8000 plus square feet to get lost in that covers three floors.

Lots of opulence like six bedrooms with their own private bathroom.  Seven fireplaces. Put all that aside and drink in the views.

Zillow shared back in the day Howard Hughes (who Hepburn had a relationship with at one time) landed his sea plane right in front of the home. 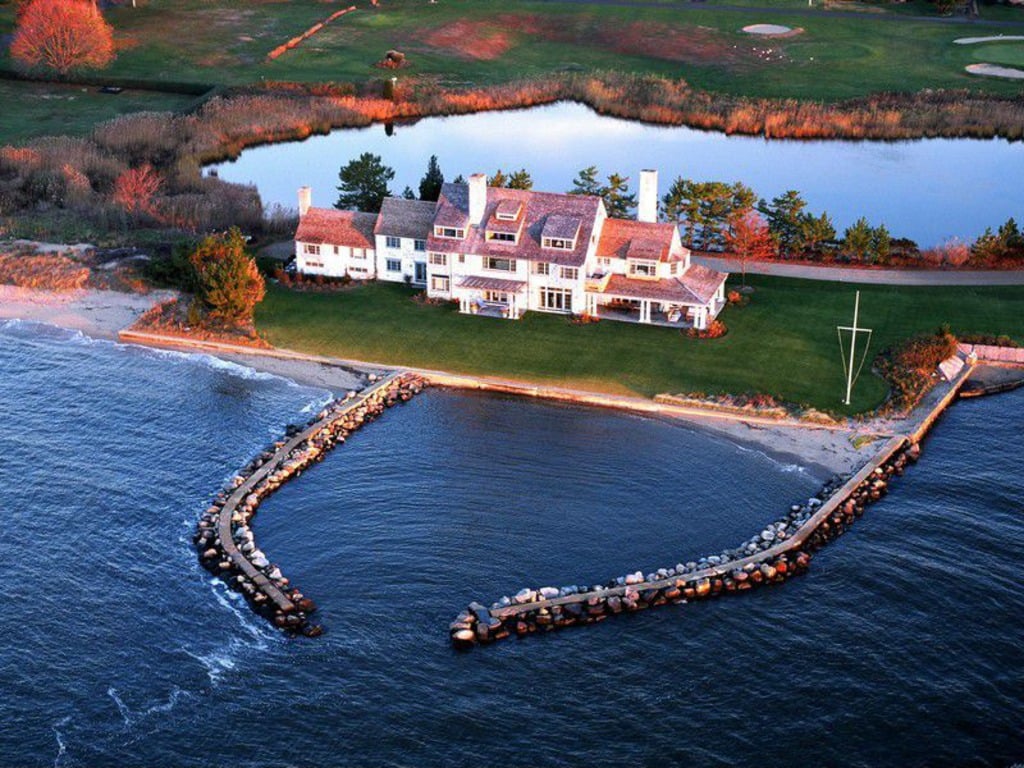 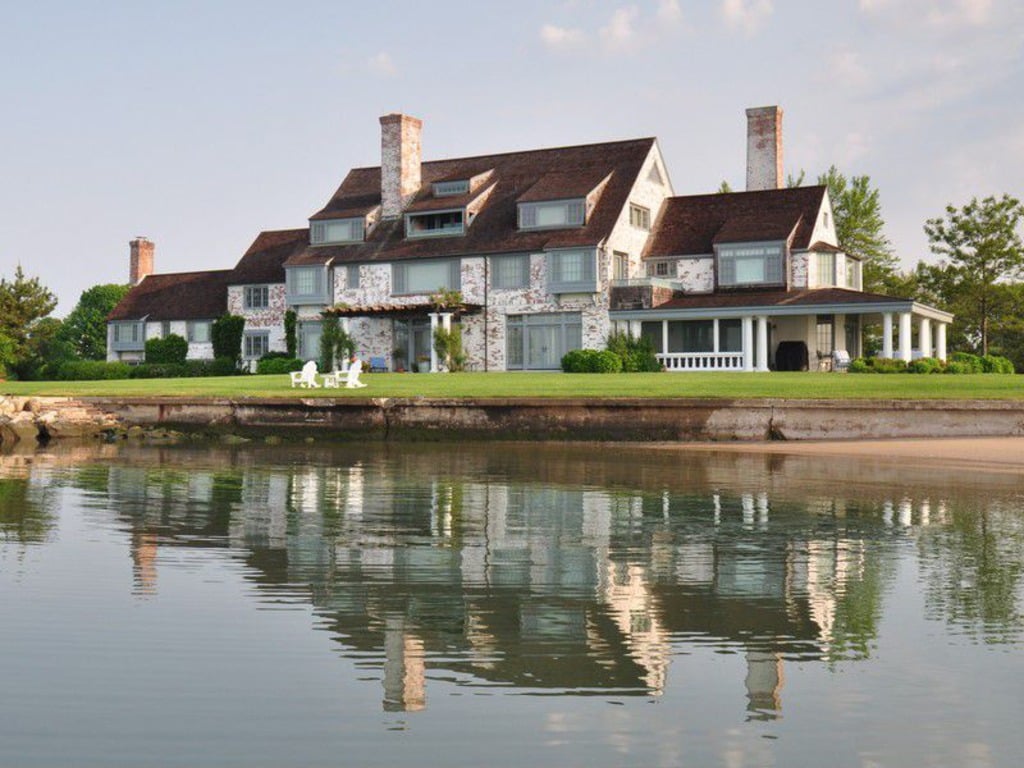 Celebrities move so often these days.  I like that Katherine Hepburn kept her beloved home for 65 years.  “It would remain her most prized and cherished possession.” 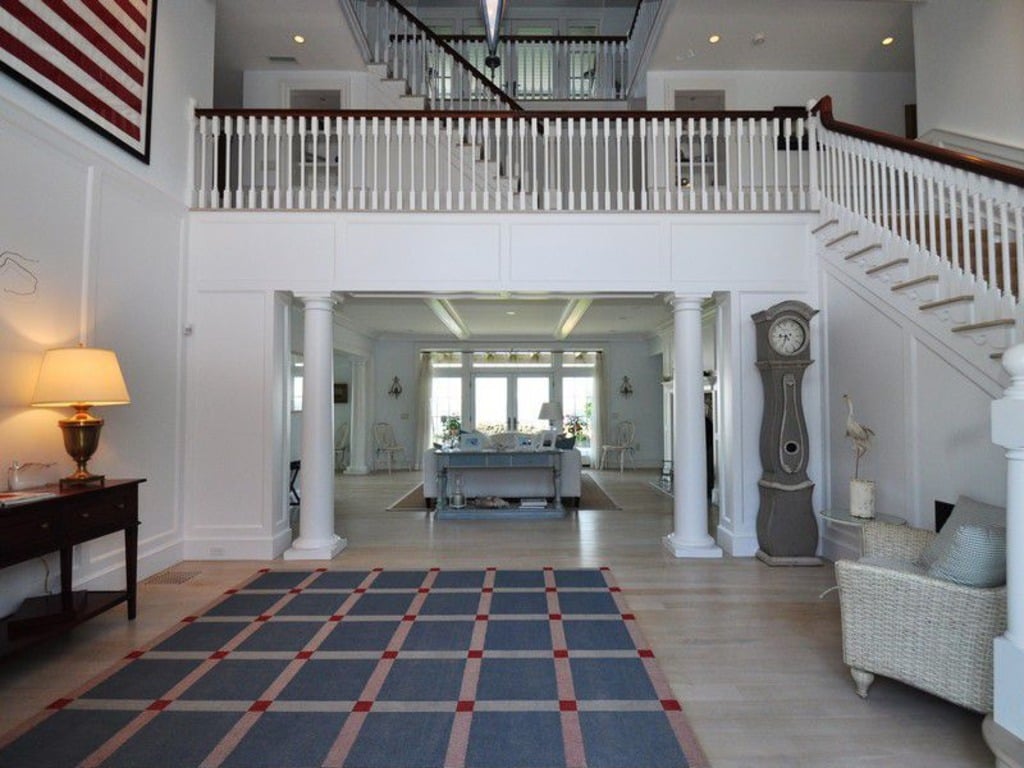 Wait until you see what the most upper stairs reveal.

Hepburn was married briefly when she was young and chose to not have any children. She stated she was far to selfish and would make a lousy mother.

She had a famous long-time affair with actor Spencer Tracy who remained married. They would not appear as a couple in public, but starred in films together.  Hepburn and Tracy were a legendary Hollywood couple who loved each other to the end until Spencer Tracy died in 1967.

Hepburn said they “just passed twenty-seven years together in what was to me absolute bliss.” 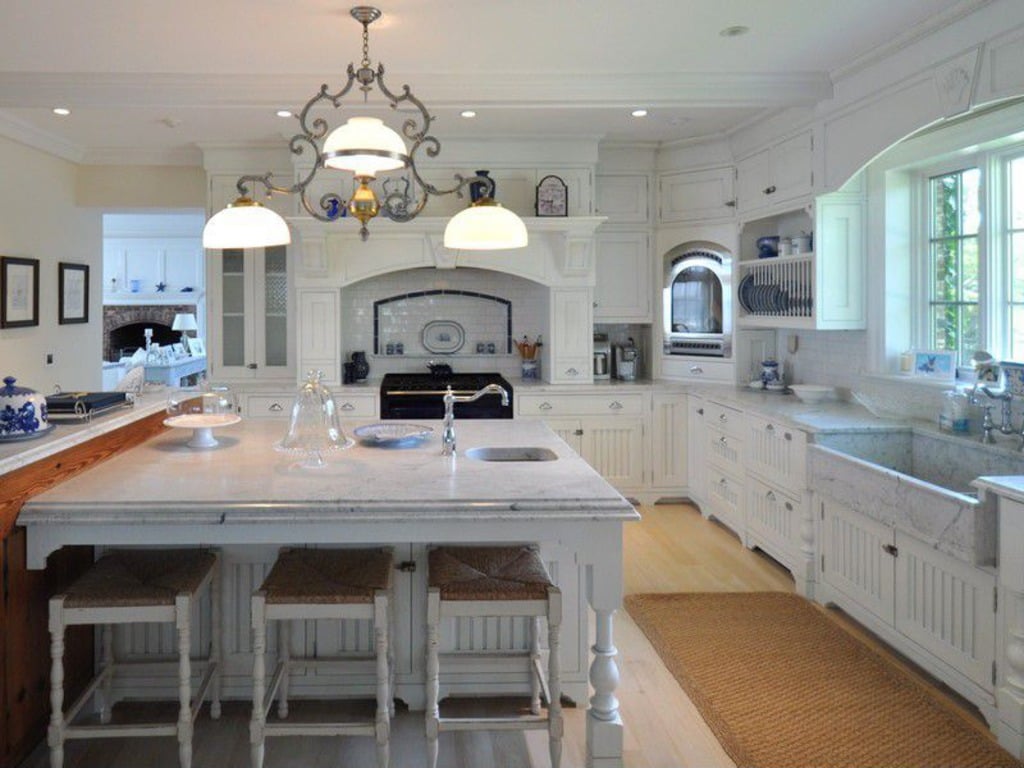 I said lots of opulence, but really it’s all done up like a cozy beach house. 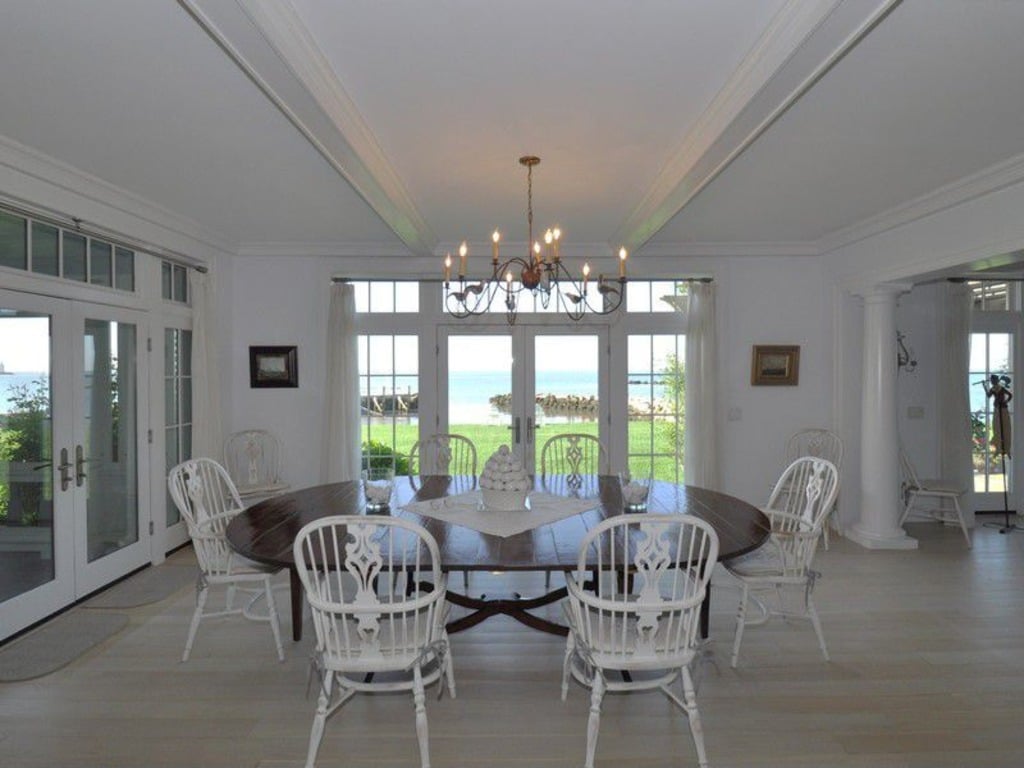 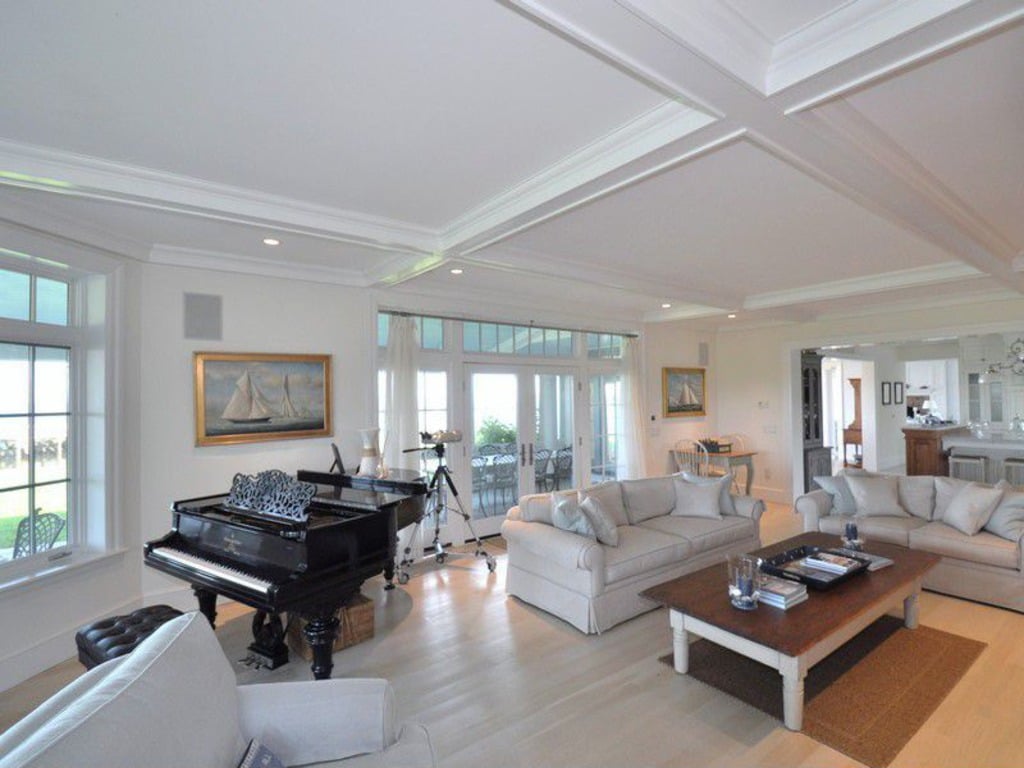 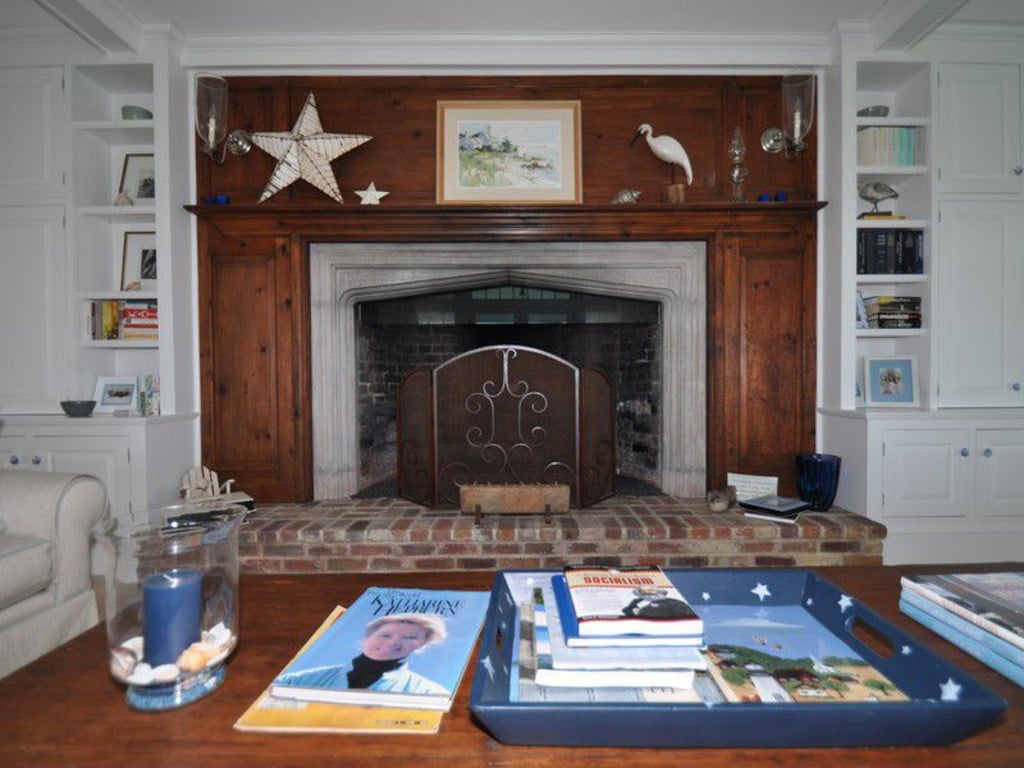 The fireplace; one of seven, must be part of the original home preservation. 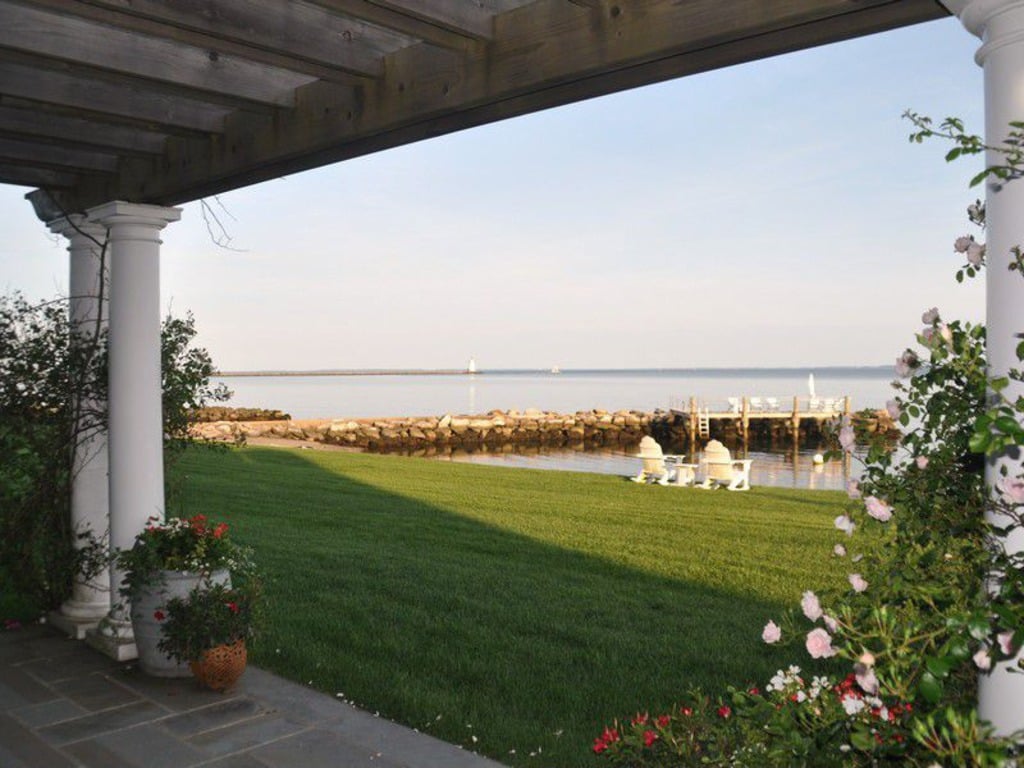 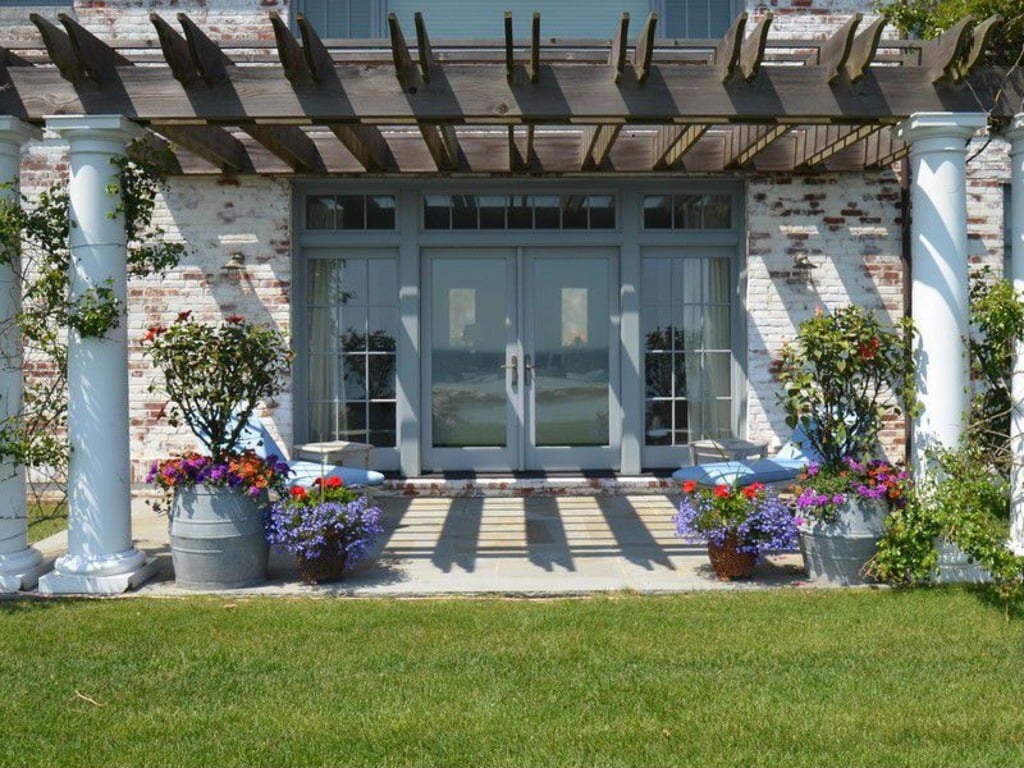 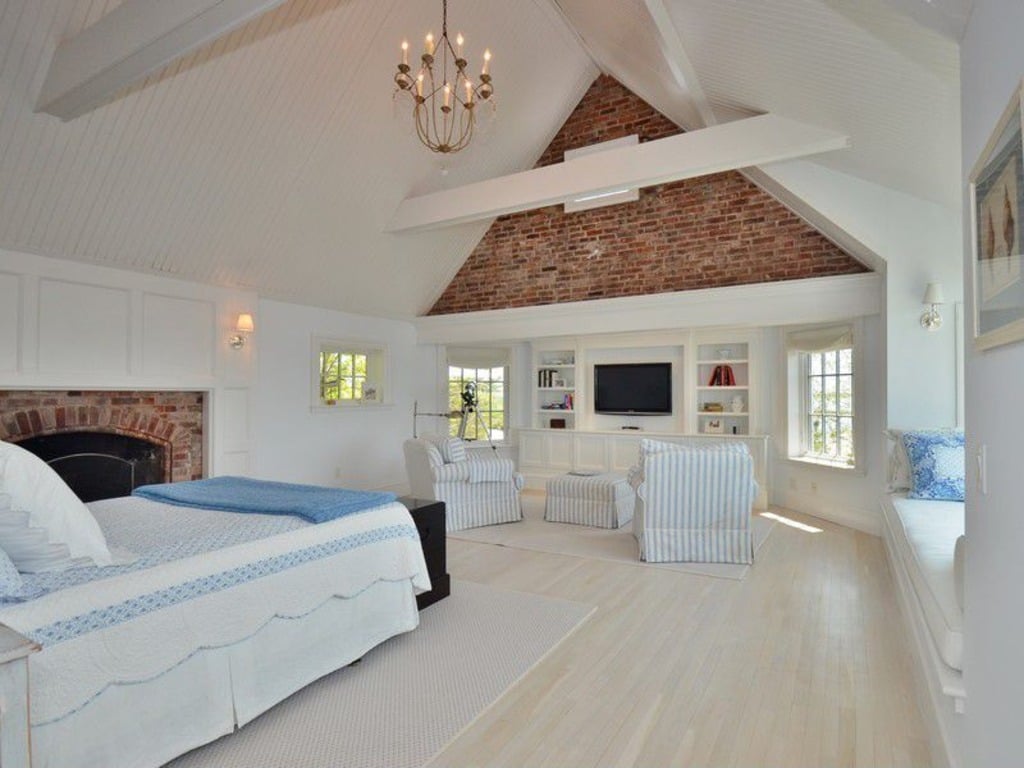 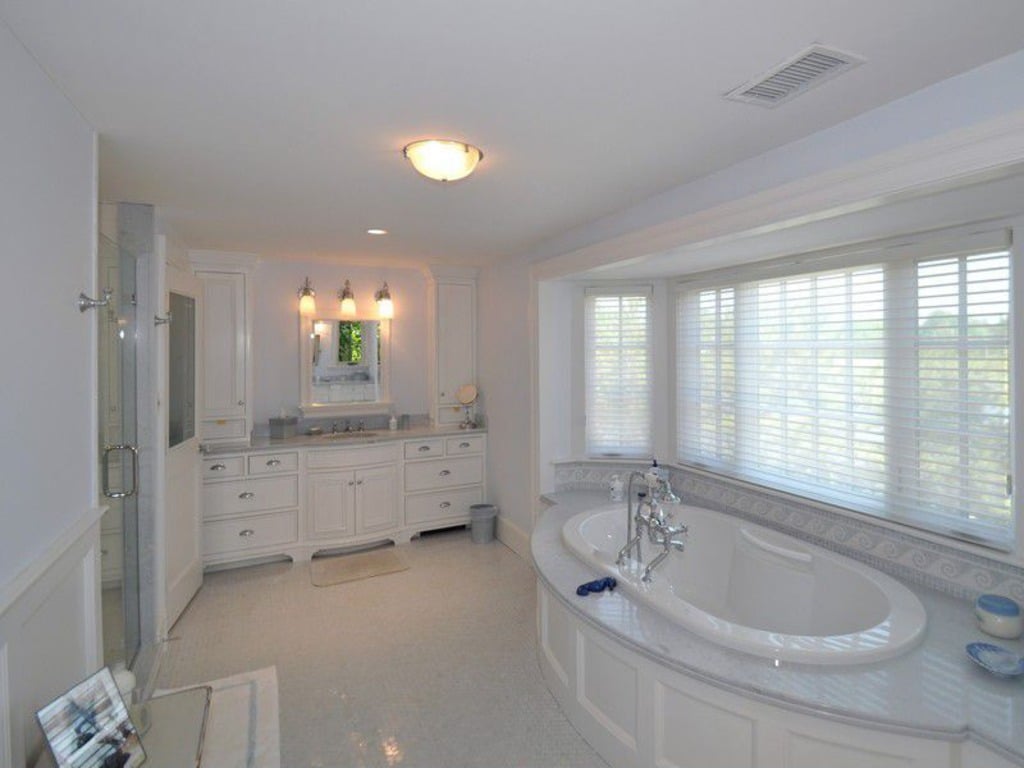 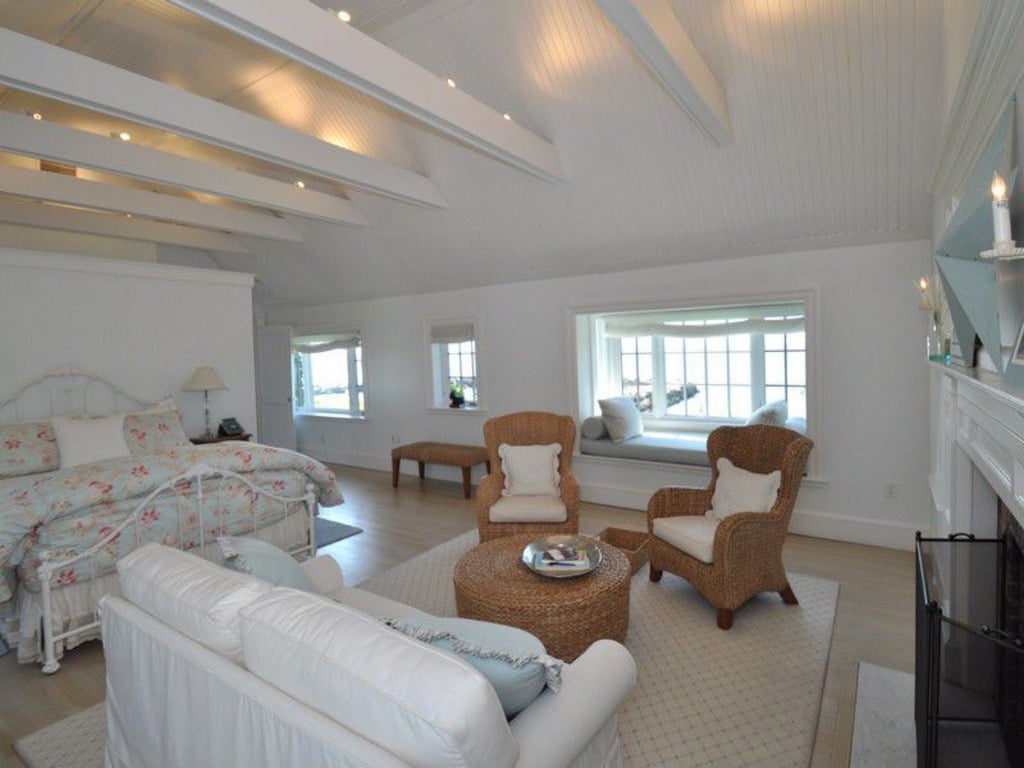 Airy, light and bright bedroom with the window seat and soaring ceiling stealing the show. 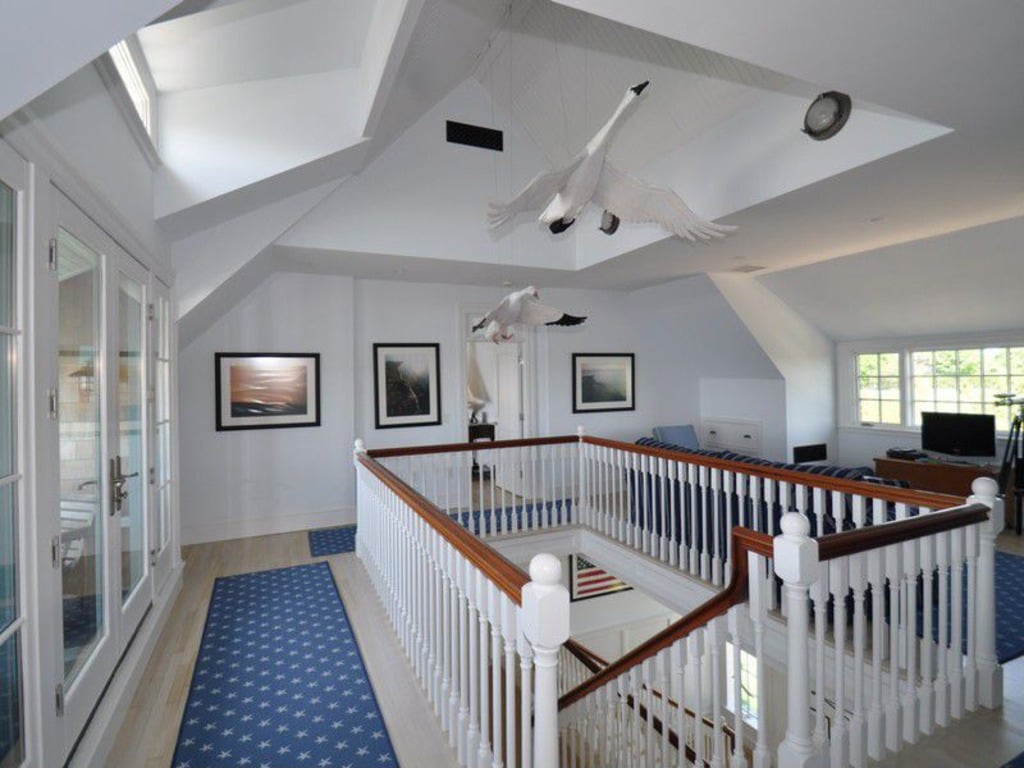 Love the third floor birds flying across the landing! 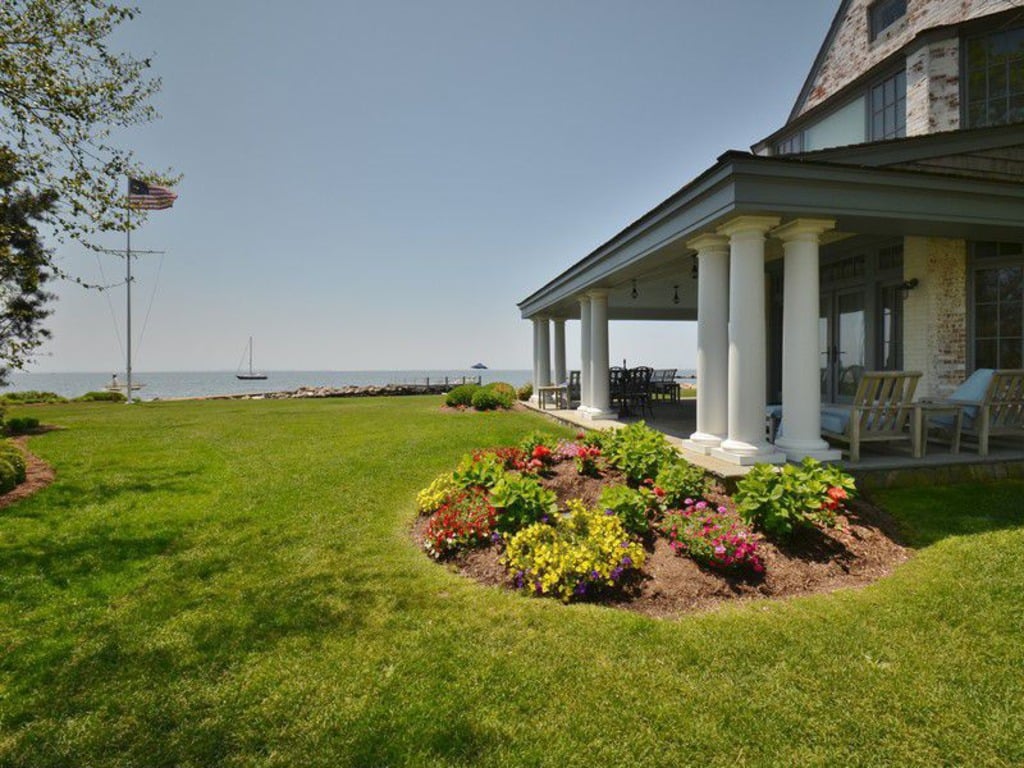 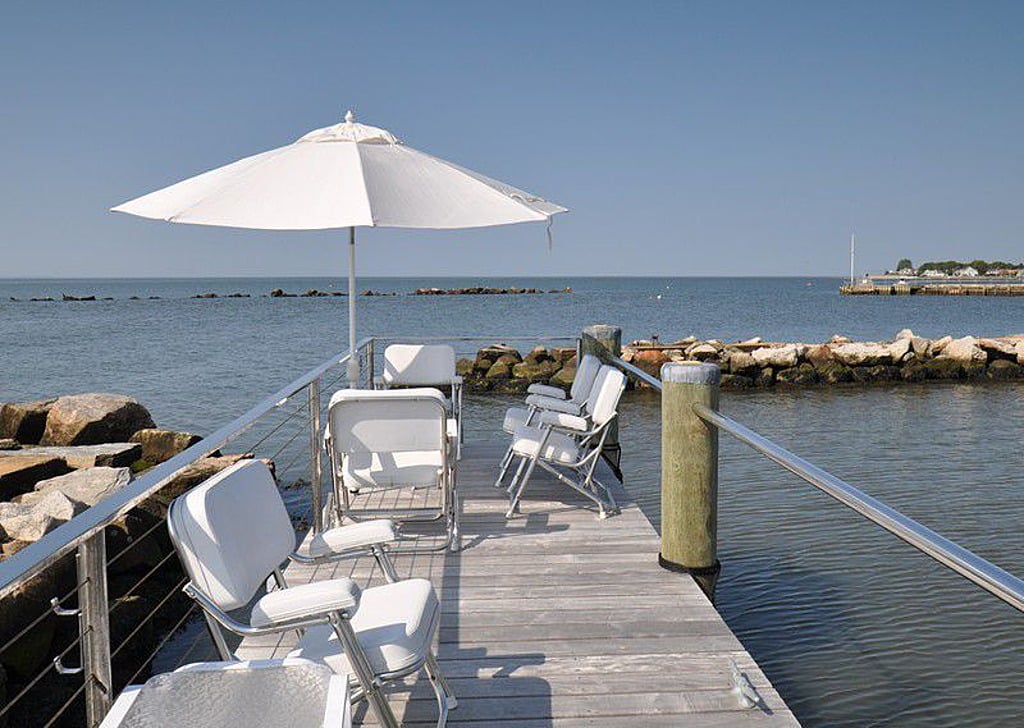 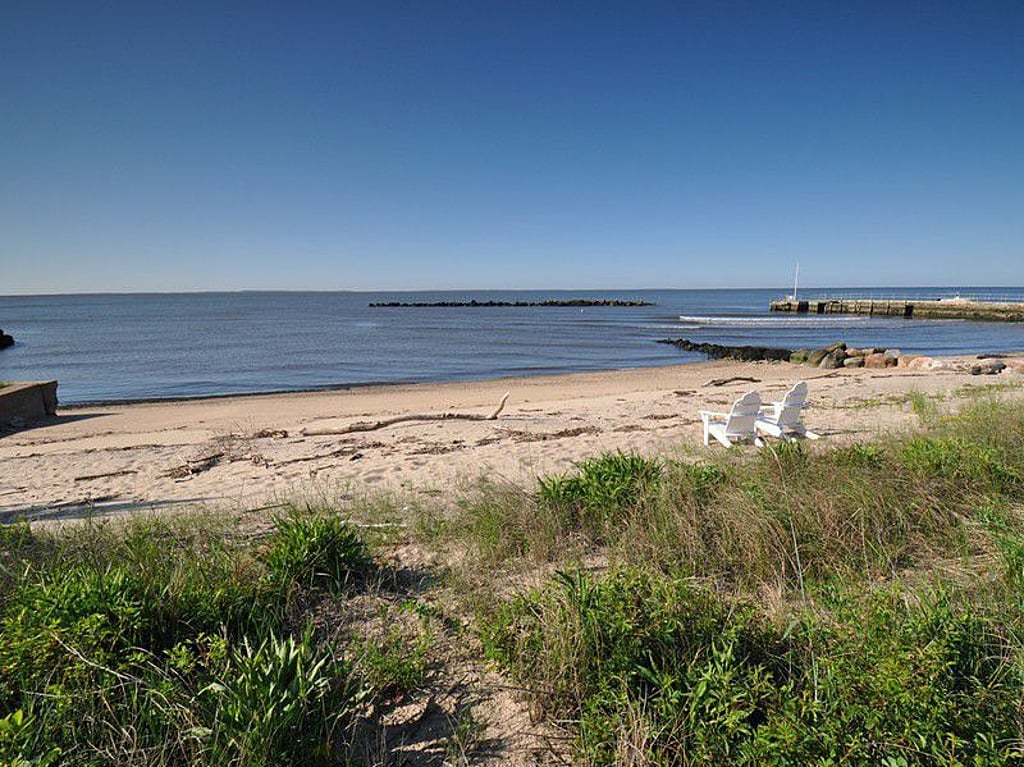 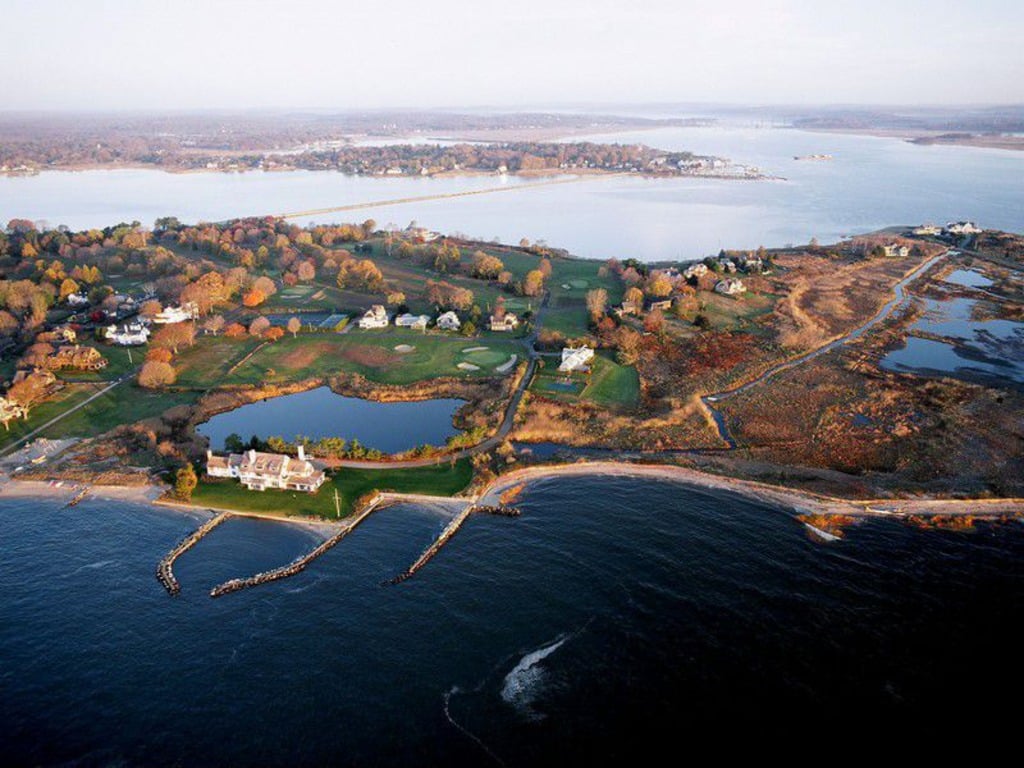 Ariel view shows how much privacy the Katherine Hepburn estate offers; it looks like a dream come true.

Fun things to know about Katherine Hepburn: She was an extremely independent, strong-minded woman who did not conform to the pressure of society let alone Hollywood society.  She was famous for wearing pants long before it became the fashion norm for women.  Hepburn was a leading lady actress appearing in countless films and received many awards.

Maybe new owners of this estate will inherit living a long and happy life too. 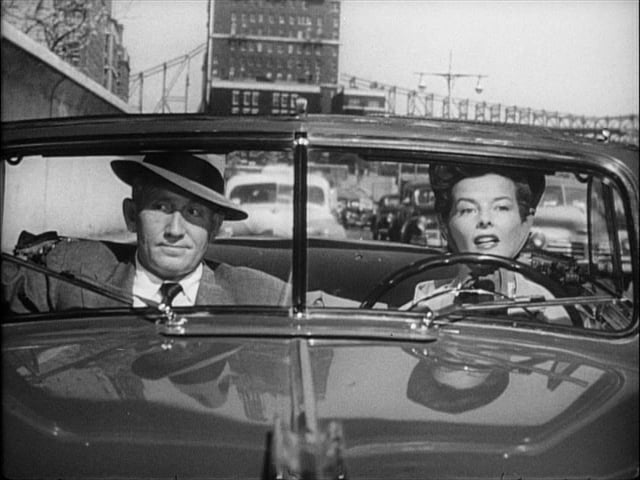 The Katherine Hepburn’s home is now sold for 11.5 million. 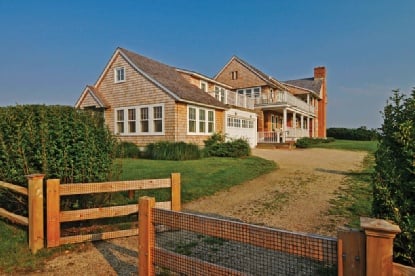 Click to see all Celebrity Homes and here are a few suggestions: 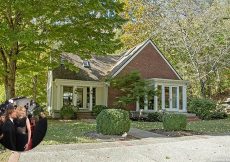 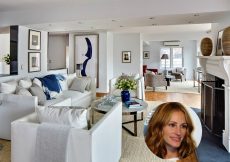 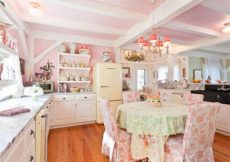 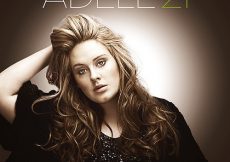 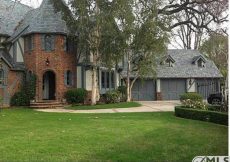 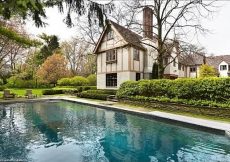 LOOKING FOR SOMETHING? CLICK BELOW ON THE LITTLE SEARCH ICON 🔍 NEXT TO THE HEART 💙